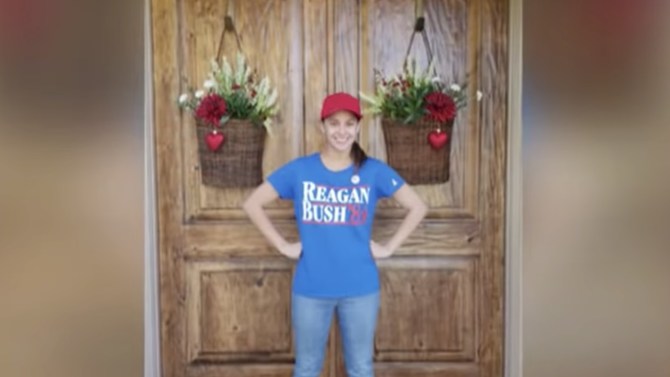 A number of middle and high school students have taken to wearing the MAGA hat as an act of rebellion. A great deal of news stories have stated that children have either been asked to remove the hat, or claim to have been abused for wearing it.

One student at Clovis North high school in Fresno, California, Maddie Mueller, is suing the school district after she was banned from wearing her MAGA hat by teachers. She claims that they are violating her first amendment right. According to school officials, the dress code provided prohibits students from wearing clothes with certain logos. Mueller responded, “To my knowledge, Trump is not a logo. It’s a last name. It’s just our president.”

“How is being a patriot in trying to show pride in your country – how is that inappropriate?” she asked.

Speaking on Laura Ingraham’s Fox News show, Mueller stated that she was being discriminated against by the school. She claimed that she had “checked today,” and saw an Obama shirt, four Hillary Clinton T-shirts, seven LGBTQ rainbow flag hats, and a Bernie Sanders hat. When Ingraham asked her whether the items had been worn “in classrooms,” she said yes.

Ingraham said that she believed Mueller’s claim about the four Clinton hats being worn two years after the presidential election. She called Mueller “edgy” and “brave.”

After a group of Covington Catholic high school students were called out for taunting a group of indigenous Americans, Fox and Friends made them out to be victims of cruel online bullying because of their political views.

Speaking to a CBS affiliate, Kelly Avants, the chief communication officer for the Clovis Unified school district, said that the dress code “is for kids to feel safe at school and free of distractions so they can focus on learning.”

The district’s dress code, which can be found online, states that caps and hats are not to be worn inside offices or classrooms. Many logos and brands are banned, and the code specifically states that clothing or apparel worn with the intention of “harassing, threatening, or intimidating others” is prohibited.