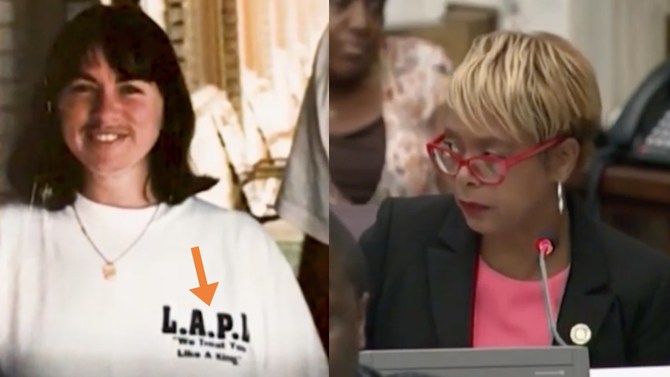 Christine M. Coulter, Philadelphia’s acting Police Commissioner, was asked to step down from her post because of a T-shirt she wore 25 years ago. According to WCAU-TV, the T-shirt seemed to joke about the beating Rodney King got from police officers with the Los Angeles department.

Coulter was at a City Council hearing on Tuesday speaking about the racist social media posts by Philadelphia officers. Her attention was then directed to the old photo of her in T-shirt that read: "L.A.P.D. We Treat You Like a King."

The T-shirt has been interpreted as a reference to the beating of King in 1991 by four Los Angeles officers, which was videotaped.

In response to the picture, Coulter said: "It is clear that it was a bad decision on my part, and I would not wear that shirt today. Certainly, as I look at the past week and the hurt and damage it has caused people who I care about to communities that I always care about, I should have known."

At the time the picture was taken, Coulter was at the New Jersey beach with a couple of her fellow officers. She told the members present at the hearing that she didn’t believe that the t-shit referenced King, but she still apologized.

She added: "My heart has been broken over this. There's folks in this room who I have served in their communities who know my heart and know that for 30 years I have served in black and brown communities with all that I ever have to give, never treating people unfairly or unjustly because of their race. Even people I've had to arrest, I treated like gentlemen or gentle ladies going through the process."

After her statement, city councilwoman Cindy Bass read a letter that she had written to Mayor Jim Kenney, calling for Coulter’s immediate resignation.

"I do not believe that the Acting Commissioner Christine M. Coulter can effectively manage the external relationships necessary to address police and community tensions which is absolutely required of any commissioner," the letter read in part.

Bass called for Coulter’s immediate resignation, and the crowd in attendance cheered.