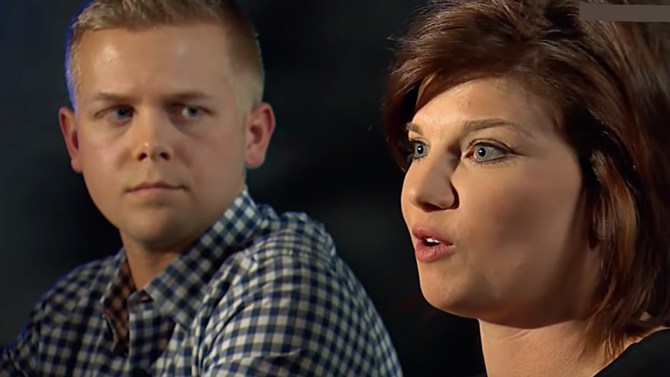 Stephanie Wehner was planning her wedding to Mitch Strobl, and she had one idea in mind pertaining to her engagement photos. In one picture, Strobl had placed his 12-gauge Ruger Red Label shotgun over his shoulder with the action open. Wehner had her arms wrapped around her fiancé, and the two were smiling brightly at the camera.

When describing the picture, Wehner stated, “It depicts our love for each other, and I wanted to be able to display those at the reception.”

The wedding was scheduled for the weekend, so she decided to order the photo printouts at Walmart. She submitted 13 pictures online, featuring a number of poses, lighting, and background. Among the 13 photos was the one with Strobl holding the gun.

Strobl stated, “She came with the idea to take a creative picture where we include something that is important to us.”

When Wehner went to the local Walmart store to pick up the physical prints, she was shocked to find out that the firearm photo was not going to be released. Referring to the clerk, Wehner stated, “She was very nice, but very matter-of-fact, like she was not going to budge or give me my photo.”

The clerk handed her a slip written; “MINUS ONE 5 X 7. NO WEAPONS.” She then added that it was store “policy” not to print out pictures of guns. The clerk went so far as to add that printing a picture of the gun would promote “gang culture.”

Strobl, shocked by the statement, said, “To automatically be lumped into that category of a gang... that hits a little close to home for us, because that isn't our intent at all.”

Strobl creates hunter safety and outdoor recreation manuals, and is always careful when handling weapons. He stated, “I did that in this picture; I made sure the action was open... that was a safe photograph.”

However, a Walmart representative stated that the chain had no such policy, and added, “We had a new associate who was misinformed. Her actions are not consistent with our policy.”

To Wehner and Strobl, the incident was an attack on their First Amendment right. However, they did not want it to become a Second Amendment debate. All they want is to find a place that will print their beloved picture.

Wehner states that this will be a story she will tell for years to come.