A Georgia school bus driver was fired after posting about the plight of a hungry 6th-grader. Johnny Cook, a Haralson County Middle School bus driver, got upset when a 6th-grader got on his bus complaining that he was hungry.

When Cook asked the young boy why he was hungry, the kid stated that he was denied food because he was short 40 cents on his lunch money. The kid was then not able to eat lunch at school because his parents had forgotten to give him money. 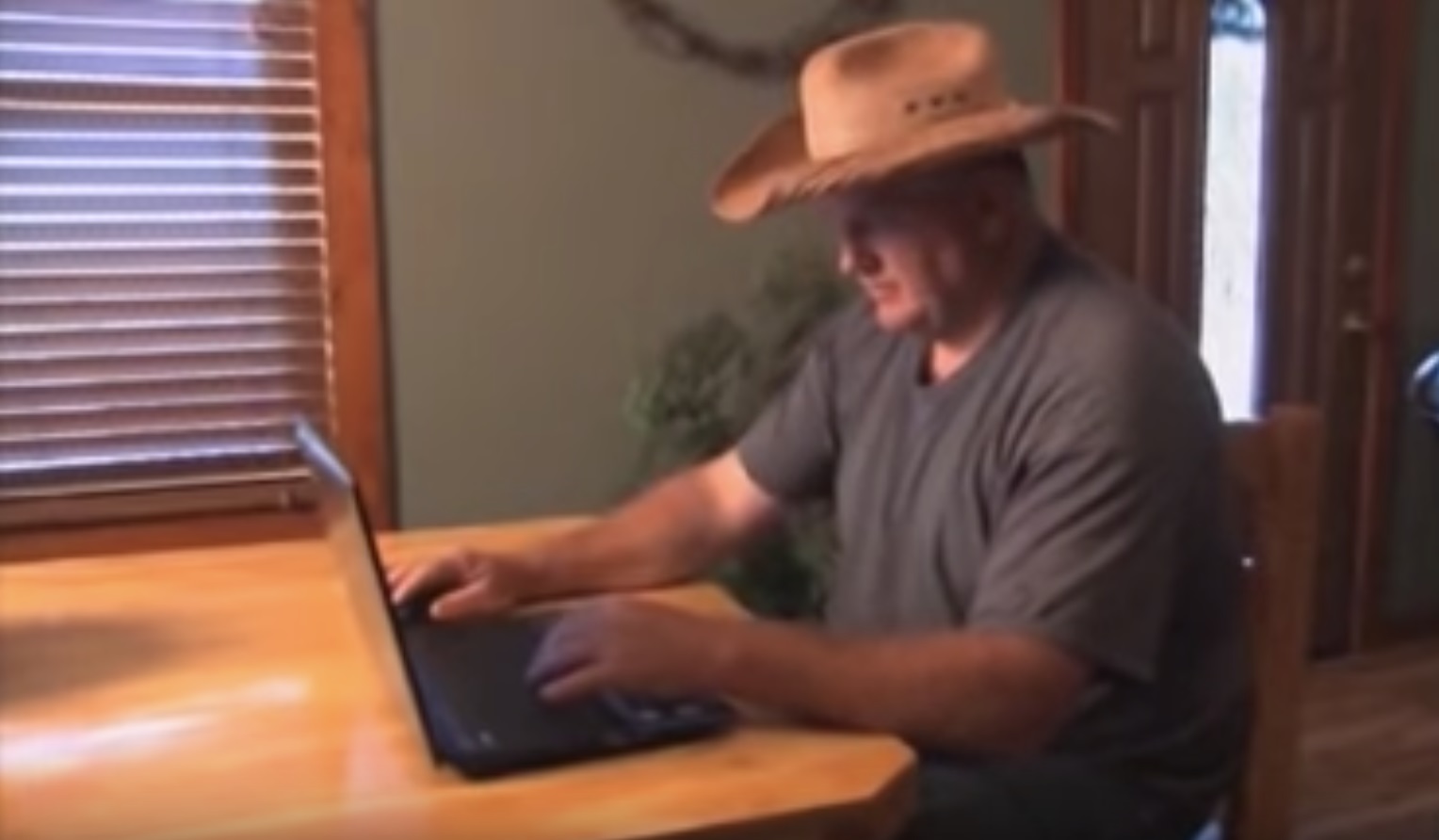 Cook sympathized with kid’s story and posted it on Facebook, expressing his shock. He offered to help any child who did not have enough money to pay for lunch. However, the school was not happy with his actions.

Cook said, "Had it on my mind and had it on my heart and made the Facebook post that said that, 'Mr. Johnny I'm hungry,' and told the story exactly like it was. I posted my phone number and said 'the next time we have a kid at the register for 40 cent and we can't feed him, please call me. I'll scrape up the money.' About 200 people liked it, loved it, did all the things that Facebook does and it just caught fire." 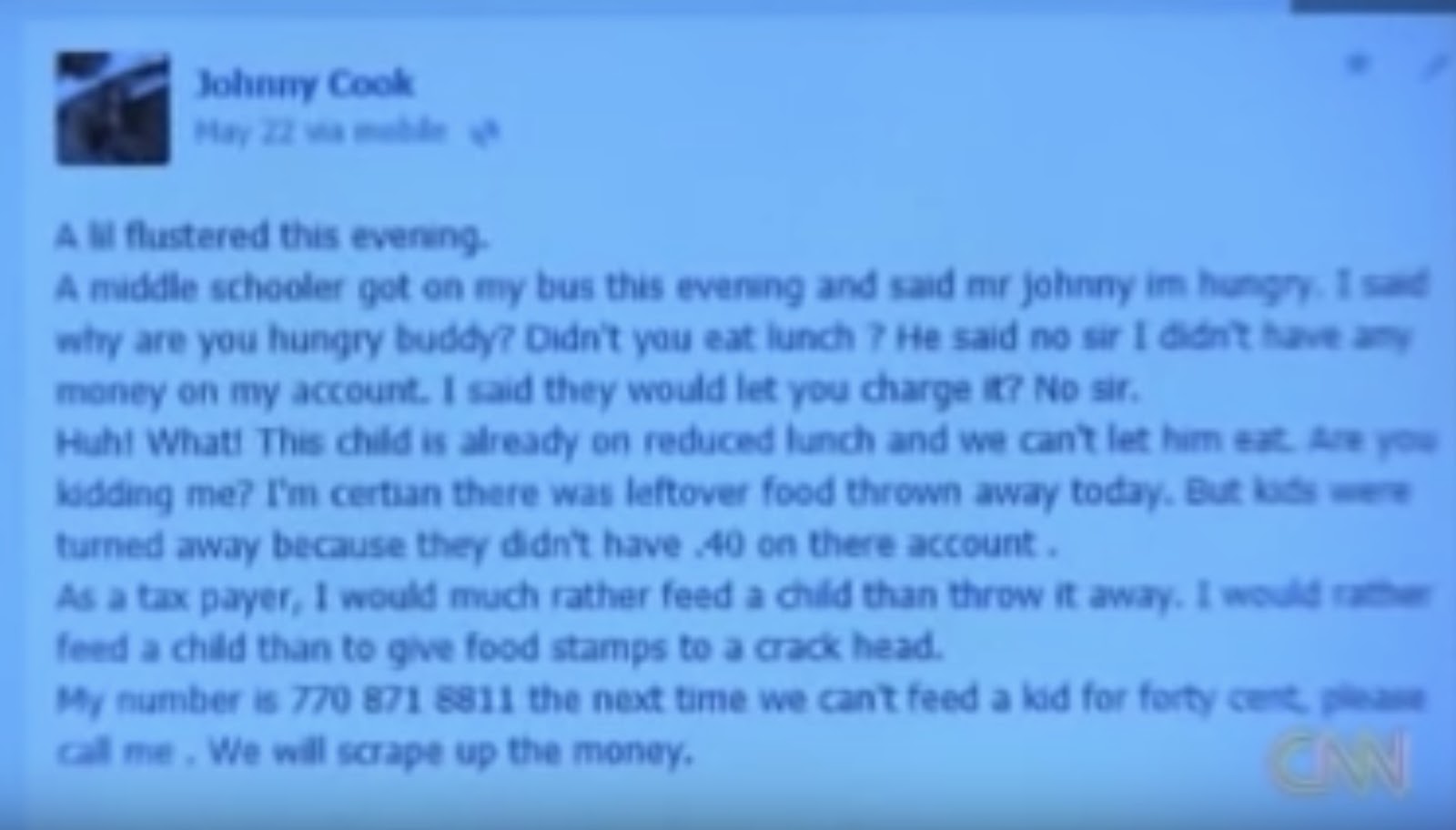 Cook said that the school superintendent asked him to apologize and take the Facebook post down, or be very sorry. Cook was then fired for making derogatory statements about the school.

Haralson County Superintendent Brett Stanton stated that the child had made up the story, and that after examining the video footage, saw no evidence that the 6th-grader had entered the lunch line. However, the boy and his family insist that he was telling the truth.

Cook, who admits that he should have gone to the school first, is now enjoying the support of thousands of Facebook users. 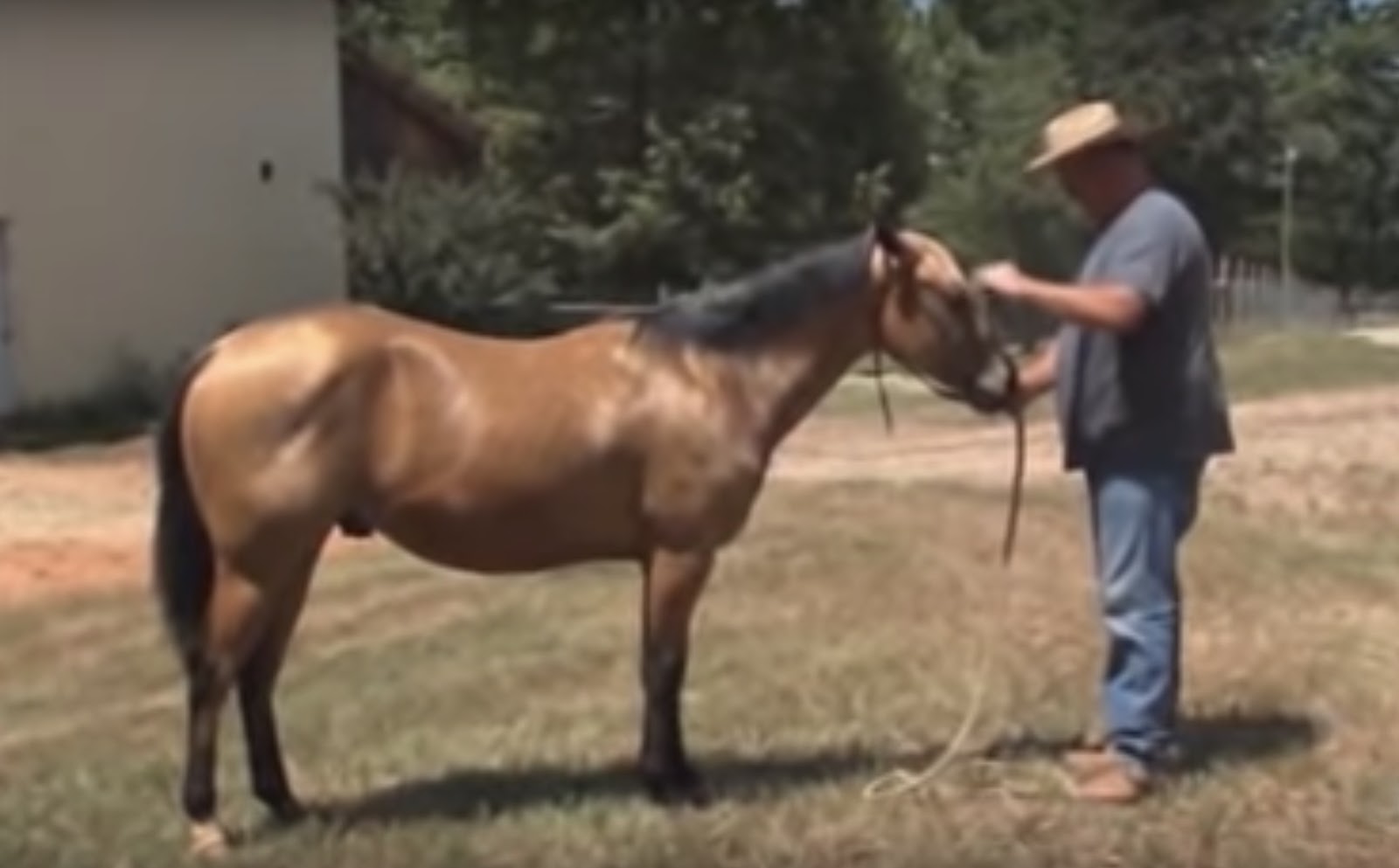 He posted: "Ok people if any of you know of any employment opportunities with health insurance benefits for a man with great work ethic, can operate most anything, can sell even better than that! I have a class B driver’s license with passenger, hazmat, and tanker endorsements."