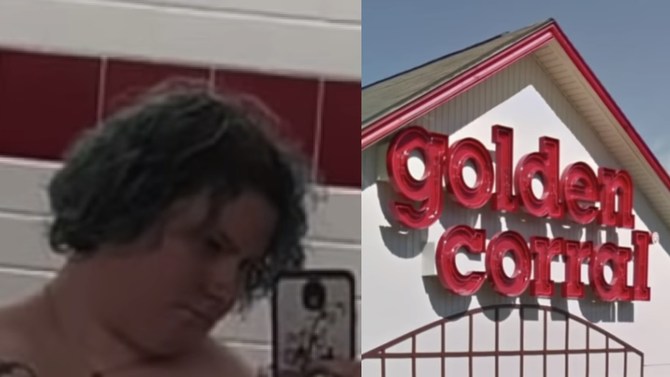 A woman in in Erie, Pennsylvania has been recently kicked out from a Golden Corral restaurant branch due to her outfit and her appearance.

The 25-year old woman Sueretta Emke, hopes to share her viral story to the masses, saying "even one person will change the way that they view and treat other people."

According to Emke, who currently resides in Dunkirk, New York, that she went to an hour long trip to the restaurant’s branch in Erie to avail the all-you-can-eat buffet with her husband, Andrew and her son, Aiden to celebrate the young boy’s birthday party along with some friends.

However, she was stopped by the manager when she went to get some food. She had been wearing a brand new crop top and matching denim shorts, which had caught the manager’s attention and that another customer had complained because she dressed “too provocatively” for the occasion. The manager then told her to change or to leave the restaurant, which caught Emke off-guard.

She wrote on her Facebook post: "I explained that we drove an hour there, I didn't just have clothes I could change into but he didn't care.”

According to the phone report from NBC News, Emke also asked the manager if they had a particular dress code, but he said no. The manager only replied, “but it’s a family restaurant so if someone complains, we step in."

"So what if I am in there and if I have a problem with someone’s religious attire, would you make them leave?" she asks, but the manager just remained quiet and did not respond to her. When Emke reported the incident to the restaurant's franchise owner, the owner just defended the decision, however they also said that they did not have an intention “to offend anyone."

"We are grateful the issue was brought to our attention because it represents an education opportunity and a chance to make amends with a guest we disappointed," the company stated.