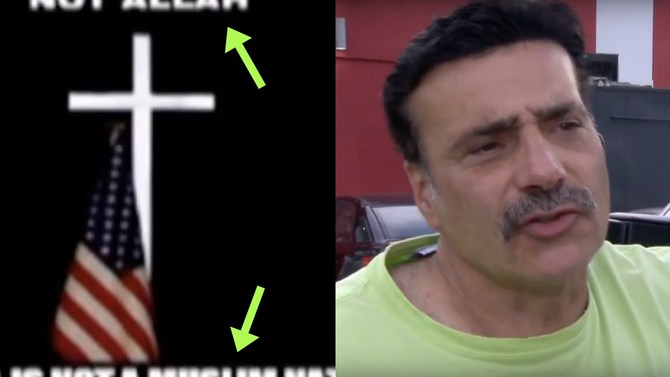 John Grasso, a Councilman in Anne Arundel County, has yet to apologize for his September anti-Islamic Facebook posts. Grasso is running for a senate seat.

A number of people have called for Grasso’s apology, including Anne Arundel County Executive Steve Schuh. A representative from the Council on American-Islamic Relations revealed that she had spoken with Grasso, who had doubled down on his anti-Muslim statements.

One of Grasso’s posts read: "One nation under God, not Allah," and another featured a link with the caption, "Share if you think President Trump should ban Islam in American schools." Chadry recounted her phone conversation with Grasso, stating that she asked him to apologize for his statements. She told him that the council requested an apology and that he remove the posts. However, he refused to comply, and went on to defend the posts. "He fully believes that Muslims do not belong (in America). That Islam is responsible for 9/11, which actually hit me personally," Chaudry stated.

Grasso has yet to respond to multiple requests for a statement.

Chaudry maintained that the council was calling for his resignation because of his refusal to take down the posts, and his support of the racist posts.

"If you're not able to rep your district in a way that is fair and just and equitable, that's not going to alienate any minority community, then you don't belong in public office," Chaudry said.

The president of the Anne Arundel County Muslim Council said that Grasso has agreed to a meeting with the council on Friday.

Schuh issued a statement regarding the matter: "Diversity is a source of strength for Anne Arundel County. I serve every citizen of our county, independent of race, ethnicity and religion. I believe Councilman Grasso was wrong and should apologize for sharing an offensive social-media post. I am encouraged that he will be meeting with the Anne Arundel County Muslim Council to discuss the matter."