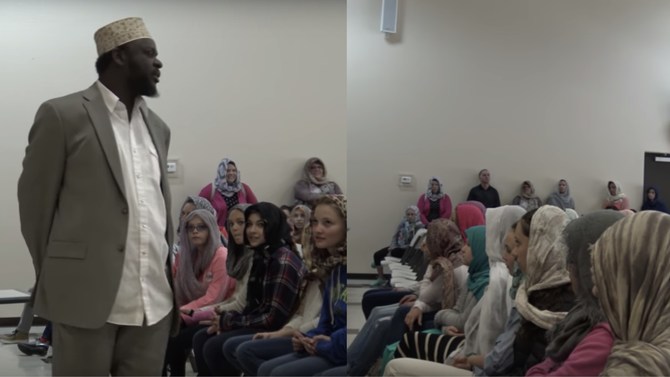 The administrators of a Colorado school district issued a dress code for female students ahead of a planned visit to a Denver mosque.

The field trip, organized for the students enrolled in a world religion class, is to be held on Tuesday, January 13.

Peter Boyles, a radio host at the local KNUS-AM radio station, stated that he had a copy of the notice that parents had received from the district officials regarding the field trip.

“We will be visiting the Denver Mosque, the Assumption Greek Orthodox Cathedral, and the Rodef-Shalom Synagogue. THERE IS A DRESS CODE FOR THIS TRIP. All students must wear appropriate long pants. Ankles must be covered. Girls must bring wide scarves or hooded sweatshirts for the mosque,” the notice read.

While the locations of the Assumption Greek Orthodox Cathedral, and the Rodef-Shalom Synagogue are known, the Salatomatic has not listed any mosques in the area called “the Denver Mosque.” The Salatomatic is a website that tracks mosques and Islamic schools, and has only 17 mosques listed in the Denver area.

Students are scheduled to “eat lunch at Park Meadows Food Court,” after the trip.

Boyles argued that public schools were mandated to treat boys and girls equally.

“They’re holding these girls to a different standard…” he stated, for “a religious reason.”

He then stated that the district wasn’t supposed to apply the Islamic principles “to public school kids.”

It is unclear whether the students will need to adhere to other dress codes when they visit other places of worship.