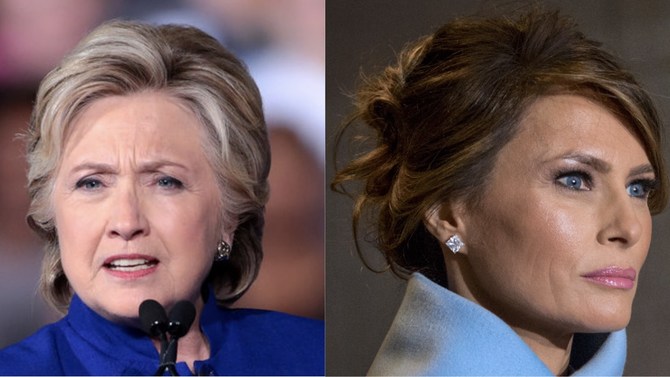 While appearing on the show “Watch What Happens Live with Andy Cohen” to promote her new Hulu show Hillary, Hillary Clinton talked about Melania Trump’s “Be Best” anti-bullying campaign, saying: “I think she should look closer to home.”

Clinton also took a shotski with Cohen, and Daily Mail reported, “Clinton downed her shot with ease, only slightly puckering at the taste before cracking a big smile as the studio audience went wild.”

Some of Clinton’s fans were so impressed by this that they took to social media and wrote comments like: “Secretary Hillary Rodham Clinton just did a shotski on #WWHL. I’m living,” “Historic,” and “Tell me it wasn’t a dream. Love you @hillaryclinton.” However, this shouldn’t have been such a surprise. In 2008, the Arizona Daily Sun wrote:

“As part of Hillary Clinton’s recent campaign tactics she went into an Indiana bar where she was photographed on April 12th belting down a shot of whiskey, followed by swigging a mug of beer, commonly referred to as a “boilermaker.” Now this is setting a great example for America and particularly young teens at a time when binge drinking has become a national problem.”

Psychology Today wrote about the incident: “Hillary Clinton created a firestorm when she downed a shot and followed it with a beer chaser (called a ‘boilermaker’ in local parlance) while ‘campaigning’ in a bar in Indiana. Reaction reverberated across the country.”

Clinton’s statement about Melania looking closer to home has consequences for Clinton, especially since she ignored her husband’s various infidelities for years. On an interview with 60 Minutes following the 1992 Super Bowl, she defended her husband who had been accused by Gennifer Flowers of keeping her as a mistress for years.

Clinton responded: “You know, I’m not sitting here, some little woman standing by my man like Tammy Wynette. I’m sitting here because I love him, and I respect him, and I honor what he’s been through and what we’ve been through together. And you know, if that’s not enough for people, then heck—don’t vote for him.” During President Trump’s inauguration, Bill Clinton was caught checking out either Melania or Trump’s daughter, and Hillary gave him a dirty look. The Sun wrote: “ALL eyes were on Donald Trump as he was sworn in as the 45th President of the United States, but it seems Bill Clinton was looking elsewhere at the Washington ceremony. However, the husband of Democrat candidate candidate Hillary definitely appeared to have his attention grabbed by something, and it wasn’t the billionaire but his wife Melania. A clip emerged online of Bill gazing in the direction of the First Lady and Hillary giving him an intense stare as he got caught out.”