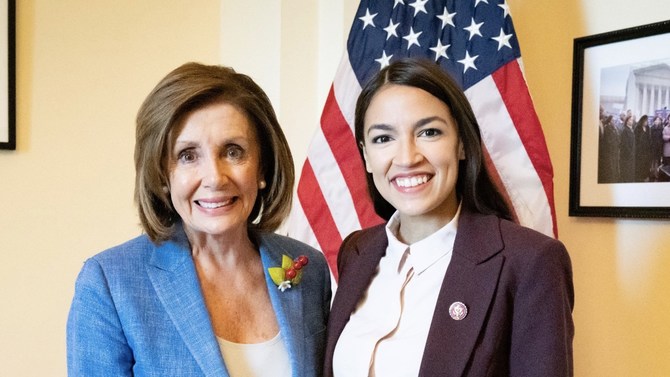 Rep. Alexandria Ocasio-Cortez’s campaign revealed that they had raised more than $1 million for her re-election campaign, making January the best fundraising month ever.

She surpassed her monthly goal after Fox News reported that the progressive representative refused to pay $250,000 to the Democratic Congressional Campaign Committee. Her liberal colleagues subsequently accused her of trying to undermine the party.

In addition to the successful fundraising, Ocasio-Cortez launched a new leadership PAC as she got ready to take on the DCCC.

Ocasio-Cortez’s campaign wrote an email to supporters: “We set a $1,000,000 goal at the beginning of the month, and our incredible supporters absolutely crushed it — a full 24 hours before the deadline. Our team is floored. The energy of this movement is at an all-time high, and that foreshadows a lot of great things for our future.”

Her campaign also revealed their impressive 2019 numbers, showing that Ocasio-Cortez ended the year having raised $5.5 million, with $1.98 million raised in the final quarter. According to the new campaign finance records filed with the Federal Election Commission, she ended the year with $2.9 million cash on hand. Records show that she rivaled Speaker Nancy Pelosi’s campaign, which posted $5.9 million for the year and $2 million for the final quarter. However, Pelosi only had $2.6 million on hand.

Pelosi transferred $1.4 million from the "Nancy Pelosi Victory Fund,” a joint fundraising account with her leadership PAC and the DCCC, into her own fund. If it weren’t for this transfer, AOC would have surpassed Pelosi.

Ocasio-Cortez maintained that she had refused to pay her “dues” to the DCCC because of its policy of “blacklisting” vendors that help progressive primary challengers.

She said, “I don't see the sense in giving a quarter-million dollars to an organization that has clearly told people like me that we're not welcome."

She launched her new leadership PAC on January 11, and stated that the effort would allow her to fund hand-picked candidates who may not be accepted by the DCCC.

She criticized the DCCC once again on Friday, stating: “The DCCC is actively putting their hand on the scales in competitive primaries. They’re blacklisting consultants and vendors who work with progressive primary challengers, no matter who they’re primarying. That means the DCCC is siding with pro-life, pro-Trump, pro-corporate Democrats over human rights lawyers, middle school teachers, and other progressive community leaders who will fight for working-class folks.”