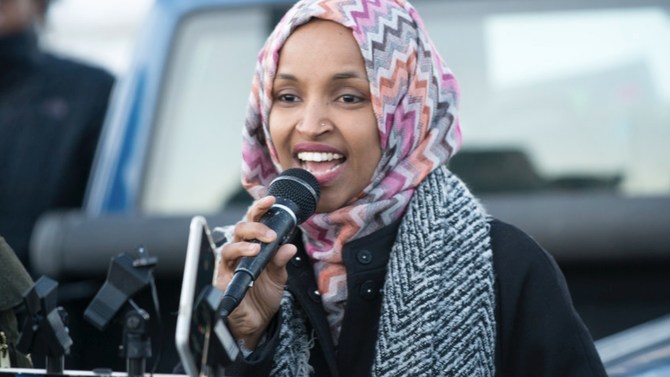 According to a report published by Blaze at the end of last year, “the Department of Justice had assigned an FBI Special Agent in Charge, or SAC, to review Rep. Ilhan Omar’s apparent, astonishing spree of felonies from 2009 to 2017.”

The report added that the “FBI SAC stated that the wide range of criminal activity suggested by the evidence against Rep. Omar may lead the FBI to expand the review to other federal departments.” The report also stated that the Immigration and Customs Enforcement, and the Department of Education inspector general had also joined the investigation.

The report highlighted that ICE’s interest in the investigation was focused on “questions about [Rep. Omar’s 2009 marriage].” According to ICE, the marriage included “eight instances of perjury, immigration fraud, marriage fraud, up to eight years of state and federal tax fraud, two years of federal student loan fraud, and even bigamy.”

The Department of Education inspector general’s interest in the case was aimed at establishing whether Omar’s 2009 marriage was “an attempt to facilitate federal student loan fraud, or other fraud involving higher education.” In June, The Star Tribune stated that, “investigative documents released by a state agency have given fresh life to lingering questions about the marital history of Rep. Ilhan Omar and whether she once married a man — possibly her own brother — to skirt immigration laws.”